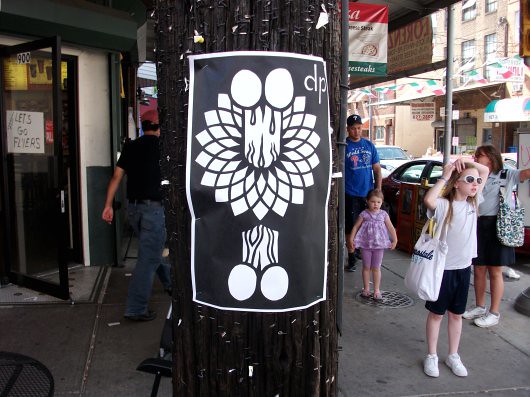 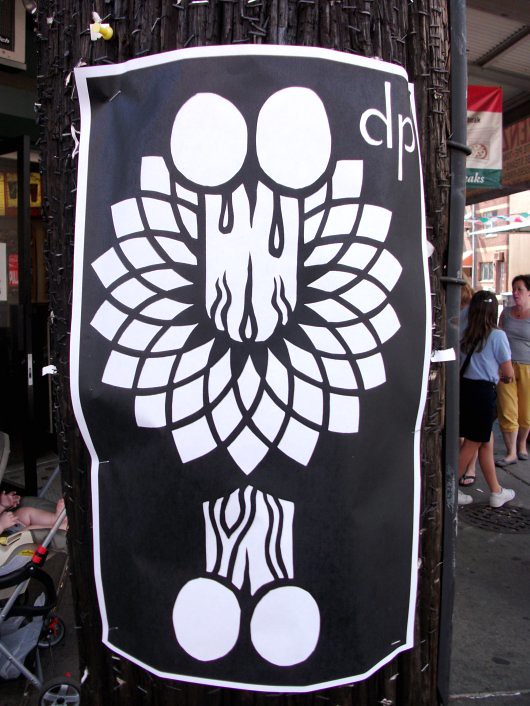 As the news FINALLY begins to break about the real possibility of a SECOND oil leak in the Gulf, that’s been ignored, or at the very least not reported on by any major “news”organizations (aka, organizations that take ad money from oil execs). A second leak, which has been ongoing since April 30!! New anti-BP art hits the streets of Philadelphia.

By the way, are those dicks coming out of the “BP” logo? Or a nose ring? Someone help me, I can’t see what it’s supposed to be…