I have a really bad habit. I like to take a drink with me to bed (I realize how this sounds but I promise I’m a stable, healthy human... I have a really bad habit. I like to take a drink with me to bed (I realize how this sounds but I promise I’m a stable, healthy human being). I turn on some music and read with a beer. It’s really a lovely way to fall asleep but I also have a tendency to leave a lot of half-empty beer cans lying around for the next morning.

Beer is a terrible thing to waste so I started looking for ways to use this leftover beer and wanted you to avoid this same shameful guilt.

Use it in your chilli numnuts!

I’ve added beer to chilli recipes a few times now and the outcome is never disappointing. While I suggest using darker beers for this, domestics and IPA/pales will do—especially in Mexican style or citrus heavy chillies.

If the recipe calls for tomato paste or sauce, be sure to cut the volume by about a third to compensate for the addition of beer. The liquid from the beer will stop your chilli from thickening otherwise. I would also suggest adding a pinch more seasoning (salt, pepper, chiles) to accommodate the thinner liquid.

This is an age-old German thang. These people put beer in their food like it’s milk and honey. Stick to savory or plainer soda breads and eat with cheeses and jam.

That being said, my favorite beer-bread recipe can be found here. Though, I would suggest substituting with another milk stout like River Horse’s Oatmeal Milk Stout or Triumph’s Oatmeal Stout.

There’s something about molasses and stouts that just doesn’t need to be explained. 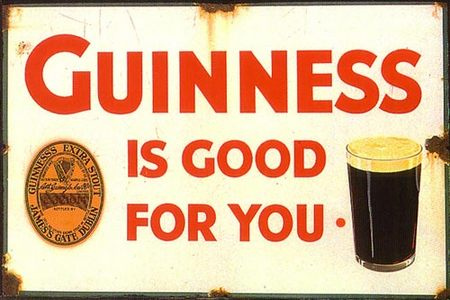 If I can sneak beer into something, I’m a happy lady in the kitchen. Pretty much any slab of meat that you can cook will taste great marinated in booze as the acidity in beer will actually tenderize meat over time. The options for using beer as a marinade are pretty near endless.

However, some of my favorite ways are substituting any that call for red wine with Raspberry Lambic (in these cases the beer really should be flat)–think beef, lamb, etc.

The easiest way is simply to marinade meat for several hours in beer. For poultry, use amber ales to pull some depth out of, add fresh lime or orange juice with slightly liberal amounts of garlic and cilantro and season according to your taste.

A few tablespoons of a stout is also great in burgers, hearty soups, and mac and cheese (and unearthly good in Shepard’s pie).

A great beer is a terrible thing to waste.

(Milk) & Cupcakes: Hank & Cupcakes and the Opening of Philly’s own Milkboy