As of this past weekend, the G-8 is now the G-20. And the G-20, if you didn’t know, is a group of finance ministers and central bank governors from 20 economies. Collectively, the G-20 economies comprise 85% of global gross national product, 80% of world trade (including EU intra-trade) and two-thirds of the world population. [Wiki]

The leaders of the free economic world met to discuss what the leaders of the economy should be talking about… How to keep the majority of human beings dick hungry to earn and spend money as quickly and unconsciously as they can… I mean, right?

No, but seriously… I actually have no fucking idea what they all flew to Pittsburgh to talk about. And, after searching all the major “news” outlets’ websites. I mean actually, literally typing G-20 into CNN.com and others’ search engines. I still have no clue. I was really expecting some info on the meetings on their front pages, but I guess Kate Gosling did something more important… What do these “reporters” report on, if the meeting of leaders of the free economic world slips their radar?! And maybe by the time I’ve posted this they’ve created a little summary, but I really doubt it.

The one thing I did find out with this weekend’s G-20 meeting is that it is apparently illegal to protest in America anymore. Or in some cases even be around those that are. And, if you protest you run the risk of being tackled into an unmarked car by 3 soldiers…

The G-20 > The Freedom of Assembly

Something is not right here people. Seriously. Not right. 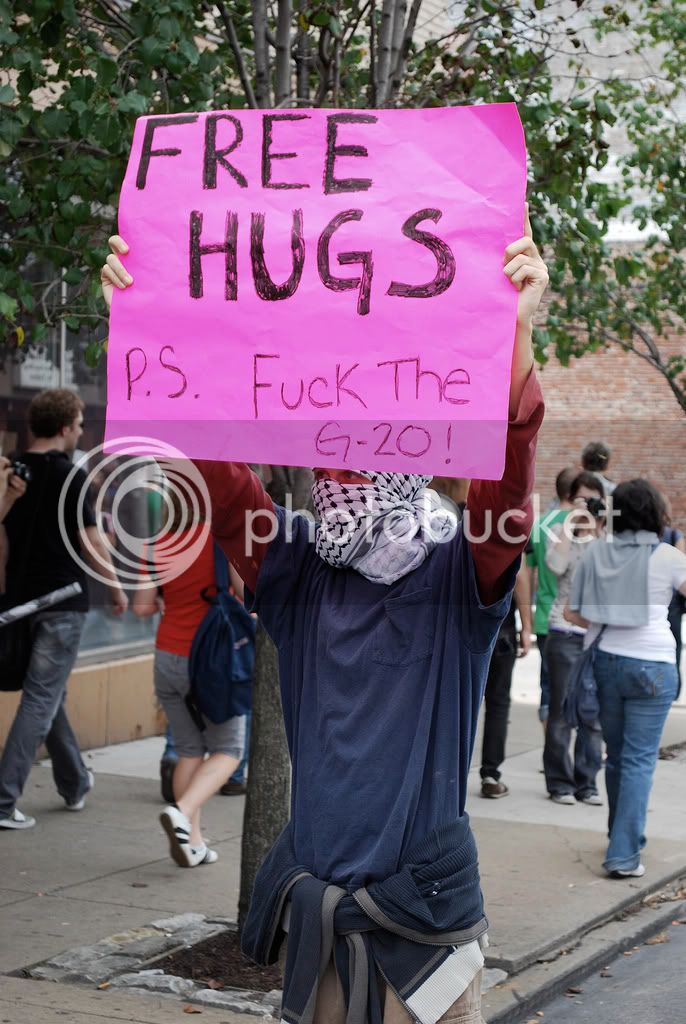 Philly Bikers Beware: Red Lights Are For You Too?