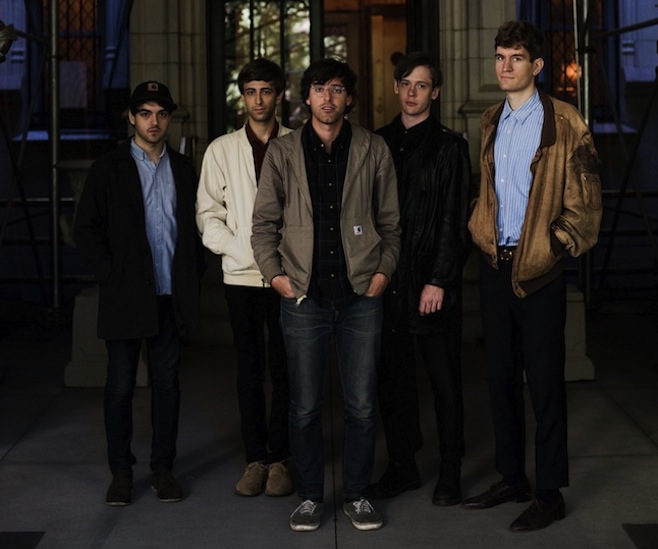 Ducktails is a solo project of Matthew Mondanile, also guitarist for the dream pop band from New Jersey called Real Estate. The album also features Oneohtrix Point Never’s Daniel Loptain and Joel Ford of Ford & Lopatin, Madeline Follin of Cults, Sam Mehran of Outer Limitz and Jessa Farkas of Future Shuttle and others *(excerpt from Pitchfork.com). The Flower Lane is a follow-up to Ducktail’s last recording called Ducktails III: Arcade Dynamics back in 2011.

I was very excited about the new Ducktails record The Flower Lane as soon as I saw it was going to be released. I really like Real Estate’s 2011 LP “Days”, a collection of intelligent dream pop tunes, and it’s one of the best of its genre. I also like Ford & Lopatin’s 2011 spacey electronic offering “Channel Pressure” as one of the best “outside the radar” kind of albums; Plus, with the addition of others on the album, the word “supergroup” entered my mind as they are excellent artists with successful recordings. Initially, The Flower Lane sounds like it’s going to be a Real Estate record, but after two minutes and it’s much different, and the influences of the guest artists are obviously apparent and bring a very rich, full very different soundscape to this already very bright jangle pop oriented artist. The instrumentation is very rich sounding, jazz oriented progressions, bright tinny guitar segments sprinkled with jazzy reverbed keyboard and 80’s-like horns. This is evident on “Under Cover” and “The Flower Lane”, both tunes reminiscent of a cool club scene, nice suits and Steely Dan playing on the juke box. Well, on “Under the Cover” the vocals are a bit off key, but the lush rhythm guitar and playful lyrics along with a  a bright guitar solo mixed with a Duran Duran-ish sax mini-solo which shimmer are anything but out of tune. “Sedan Magic” is the coolest song. It features the voice of a female vocalist, and it’s a throwback sound similar to Prefab Sprout’s 80’s classic “When Love Breaks Down”. In fact, I find myself singing Prefab’s classic song. The dance floor is not the only place you may find this album. The Flower Lane could be blared at the beach, vacationers cruising down the strip, top down taking in early Smiths-like catchy tunes such as “Ivy Covered House”. Yet, it is the spaceyness like on “Assisstant Director”, a futuristic sounding tune, and compliment to Mondanile’s infectious song writing and dreamy guitar licks. The back and forth vocals with a female vocalist on “Letter of Intent” and the choppy guitar, dreamy keyboard…it’s a great feel on a summer afternoon rendez-vous full of dreamy happiness. The feeling is cool and rich, jazzy yet not boring, nostalgic but not old, it’s a great record to chill with friends or dance at a club. There are so many great fun tracks on this album as well as intelligent tunes that will keep you coming back to this album. 9.0 out of 10 stars.