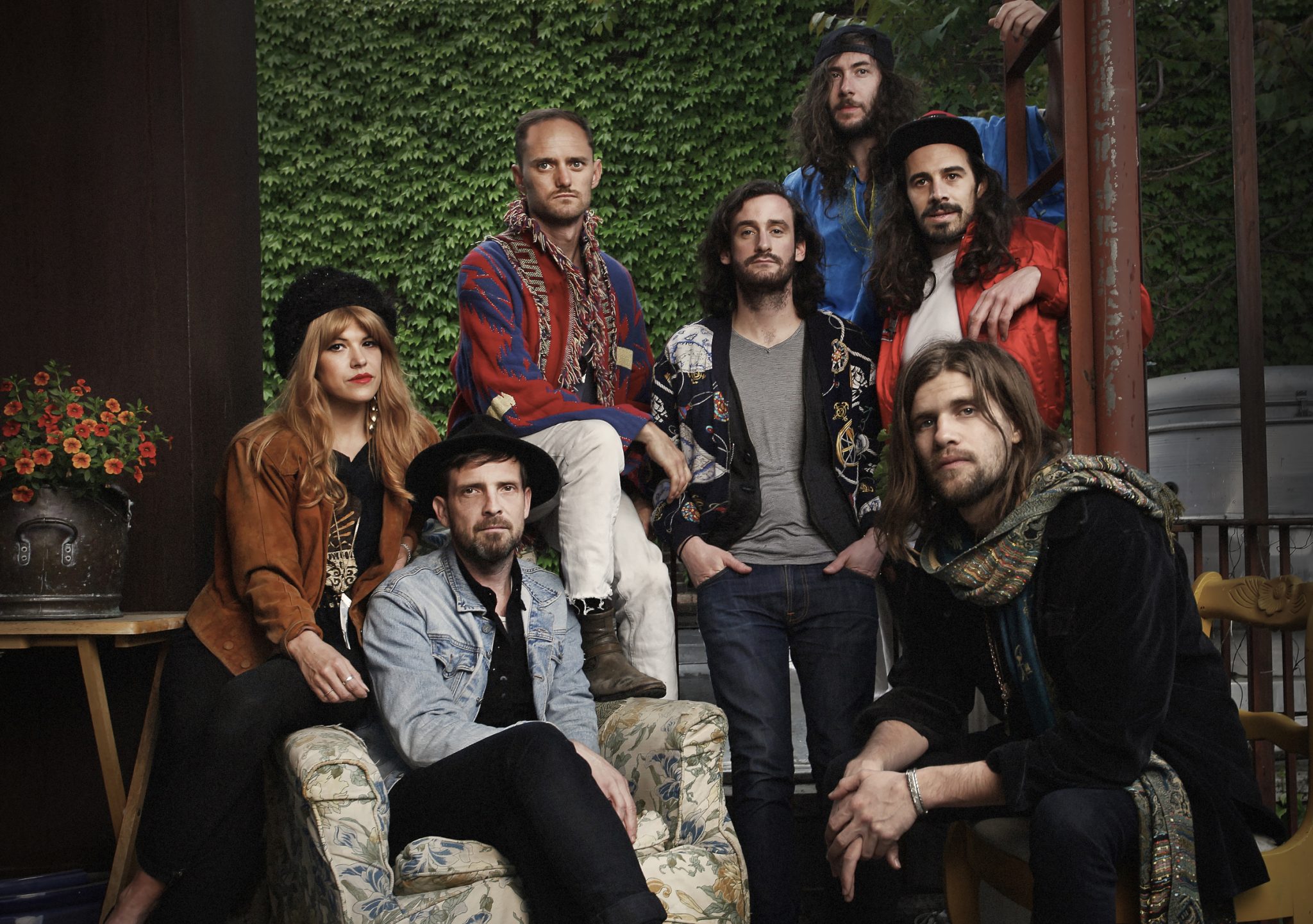 Streets of Laredo, on Telling Stories and Surviving New York

Over the past two years the City of Brotherly Love and Sisterly Affection has familiarized itself with Streets of Laredo at least a bit… The New Zealand-born, Brooklyn-residing band...
by izzy July 9, 2016

Over the past two years the City of Brotherly Love and Sisterly Affection has familiarized itself with Streets of Laredo at least a bit… The New Zealand-born, Brooklyn-residing band has played the 215 a small handful of times.  We at PHILTHY first met them in May of 2014, as they were preparing to headline Boot & Saddle.  At the core of the band is brothers Dan and Dave Gibson and wife-of-Dave Sarahjane Gibson, who have been crafting the sounds of Streets of Laredo since they were back in Auckland.  Their jams are of the jangly and uplifting persuasion, blending classic Americana songwriting with something quite a bit more anthemic and clap-along-able (They’ve cited PHILTHY favorites like Sharon Van Etten, The Lumineers, Pure Bathing Culture, Cults, and Lady Lamb the Beekeeper as influences).  The band recently released their latest single, “99.9%,” which rings of a sassy ‘90s alt rock appropriation of folk, not at all dissimilar to Butch Walker’s output of recent years.  The single serves as a preview of their upcoming sophomore LP, produced by indie music legend John Agnello, which is set to drop this fall.  Streets of Laredo are currently on tour, which will have them opening a large handful of dates for Shakey Graves, in addition to a number of headlining shows.  Next Tuesday, July 12th, Streets of Laredo will be headlining Johnny Brenda’s and frontman Dan Gibson recently took some time to tell me about their latest sounds and how Streets of Laredo have spent the past two years.

Izzy Cihak: So it’s hard to believe, but the last time I talked to the band was a little more than two years ago.  What have been some of the highlights of Streets of Laredo since then?

Dan Gibson: Yes, it’s been a minute. Playing Governor’s Ball last year is one highlight that sticks out for us, it was a blast. Also, our experience recording our new record with John Agnello at Dreamland Studio & the magnificence Magic Shop (RIP).

Izzy: I know you’re preparing to release your second album.  How do you feel like it compares to your debut?  Do you feel like a significantly different band at this point?

Dan: I think it’s a nice progression from the last record. While we were writing we had our own little studio that we rented in Bushwick. We went there pretty much every day, recording and making demos. We really challenge each other in the process, both sonically and lyrically. It’s great because there are so many great writers in this band. It was important to us to discover new ways to express ourselves sonically and melodically and I think you’ll hear that come through a bit in this patch of songs. We love telling stories and trying to capture moments in our lives, so that aspect is still very prevalent in this record. There’s definitely some echoes that will remind you of the last record, but there’s a nice helping of something different in there too.

Dan: Musically, we were listening to a lot of Talking Heads, St Vincent, Elliot Smith, and Peter Bjorn & John around the time we were making the album. For us, all the parts of day-to-day life are a big influence. We’re from New Zealand and moving to New York City has been a crazy adventure… getting apartments, learning how live a healthy lifestyle in New York, and generally surviving, especially the winters.

Izzy: It’s so cool that you worked with John Agnello as producer.  How was that experience?  Did it feel like a natural fit to work with him?

Dan: We knew John was perfect for us from the very beginning. He has the heart of a musician and understood us perfectly. The band has nothing but love and respect for John Agnello.

Izzy: For that matter, do you have any particular favorite records he’s worked on. I love the work that he’s done with Thurston and Sonic Youth.

Dan: John mixed Waking on a Pretty Daze by Kurt Vile and I just love the way that record sounds and the way it’s mixed, it’s a sonic adventure. We’re huge fans of the Muchacho record by Phosphorescent he did too. Dave and Cameron grew up listening to the Dinosaur Jr record Where You Been.

Izzy: And you have a lot of upcoming live dates.  Are there any cities or venues you’re especially excited to visit or revisit?  And what about all the huge shows with Shakey Graves?  I imagine that’s quite exciting.

Dan: Obviously Philly and Johnny Brenda’s! There’s quite a few spots we haven’t been before, which is always nice. We met Shakey Graves a few years back at the Spotify showcase at SXSW and have wanted to play with him ever since, so we’re super excited to be going out on tour with him.

Izzy: What can be expected of your show at Johnny Brenda’s?

Dan: A good time we hope! We’re road testing a bunch of songs off the new album, but there’ll be some old favorites in there too.

Izzy: And what’s next for you?  What are you most excited about in the second half of 2016?

Dan: We’re all super excited about getting out and seeing how these songs evolve and grow on the road.