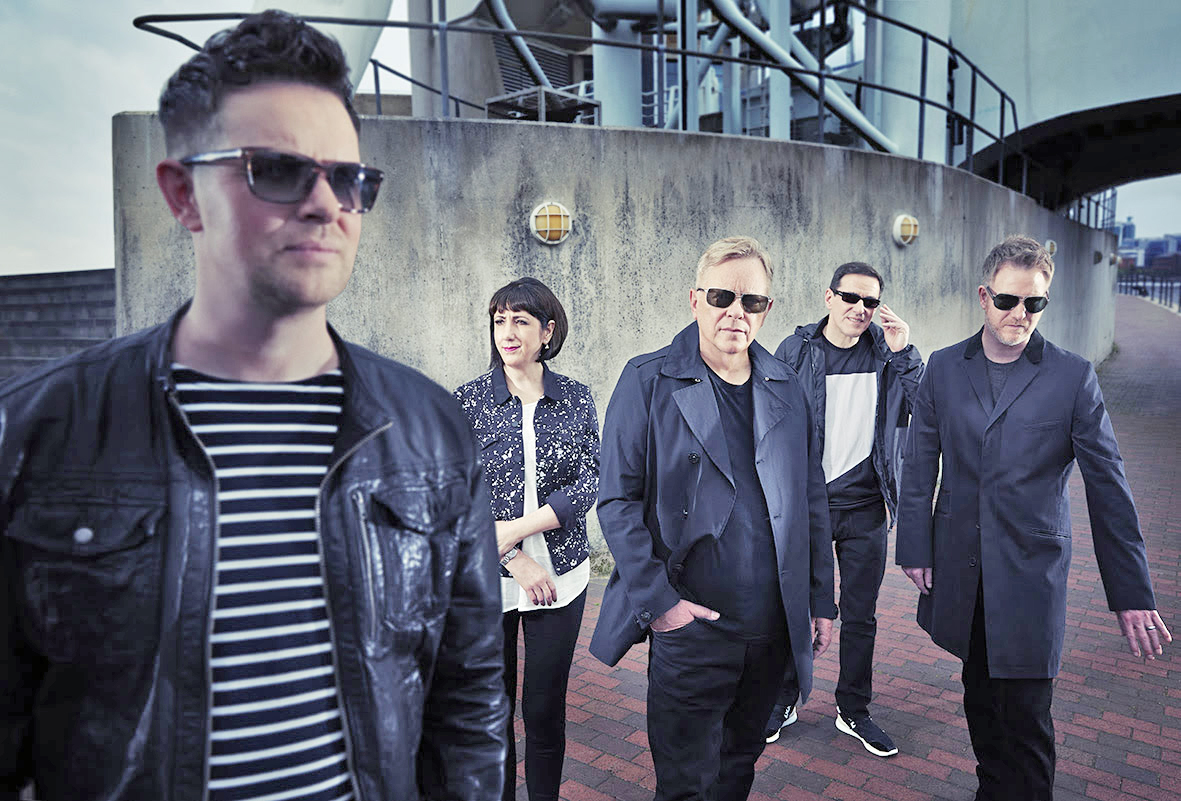 So surely all of Philthy’s post-punks, new wavers, and likely-at-this-point-in-time-hip-as-fuck parents were thrilled when New Order hit up the Mann in the summer of 2013, their first local date...
by izzy March 18, 2016

So surely all of Philthy’s post-punks, new wavers, and likely-at-this-point-in-time-hip-as-fuck parents were thrilled when New Order hit up the Mann in the summer of 2013, their first local date in about two decades… However, I think I speak for us all when I say that the 14,000-capacity summertime shed would not have necessarily been our first choice of setting to experience the Manchester legends.  And while it seems quite unlikely that Bernard Sumner and the boys would ever stop at the likes of Union Transfer, there was much excitement when the band announced that they would be playing the 3,100-capacity Tower Theater this past Saturday, March 12th, on their six-date US tour, which picks up tomorrow at the Shrine Auditorium in Los Angeles.

Although the evening sold out well in advance, I must admit that I was a bit surprised to see the newly-GA room become so quickly packed with fortysomethings seemingly unwilling to trade their proximity to the stage for a drink well before the band even took the stage (quite an endearing quality in the musical weekend warrior).  And while the band’s nearly-two-hour set didn’t feature any deep cuts or significant surprises, there were few in attendance who seemed to mind.  The performance was a standard blend of the band’s mega-ist hits and a generous helping of their latest album, last year’s Music Complete.  Although it was, as expected, “Bizarre Love Triangle,” “True Faith,” and “Temptation” that garnered the night’s biggest responses, it was during more recent “classics,” like 2001’s “Crystal” and 2005’s “Waiting for the Sirens’ Call,” that the band appeared most impassioned and impressive.

While most in attendance struggled to look away from the “visuals,” which seemed to be intended as the focal point of the performance (The videos were actually quite good, including a lot of Liquid Television-esque animation and footage of Manchester youth.), in the moderately intimate room, for the first time ever, I was actually able to acknowledge Bernard Sumner as not only having one of the greatest voices ever but as a legitimate (albeit downplayed) frontman – not in the sense of Iggy Pop, Steven Tyler, or Morrissey —  but certainly clumsily charismatic and the clear face and strut of so many of my favorite childhood anthems.

New Order’s most recent Philadelphia appearance may not have been terribly different from their last stop, but the difference in setting seemed to change just about everything… Something about being in the pitch-blackness of a nearly-century-old, torn-and-falling-down theater as you wiggle your ass to “The Perfect Kiss” and “Blue Monday” just felt right…

*Yesterday New Order premiered Liars’ remix of “Singularity.” Have a listen below.

Dear Tracks: “If dream pop/jangle pop is up your alley, you should come out!”

Is Tropical, Still Doing Their Own Thing