(Video by me, but from Phrequency.com) If you haven’t heard on Twitter or my Facebook yet: I’m now doing some blogging on Phrequency.com!! I’m not leaving Philthy Blog, but I am...
by conrad May 14, 2010

(Video by me, but from Phrequency.com)

If you haven’t heard on Twitter or my Facebook yet: I’m now doing some blogging on Phrequency.com!! I’m not leaving Philthy Blog, but I am trying to get as Philly famous as possible (this is a joke, but kinda not).

F1rst Friday in Words, by Andrea

Spring has sprung in Philadelphia, and apparently so has Fishtown. The neighborhood was bumpin’ this First Friday, and for good reason, gallery after gallery of thought provoking art. 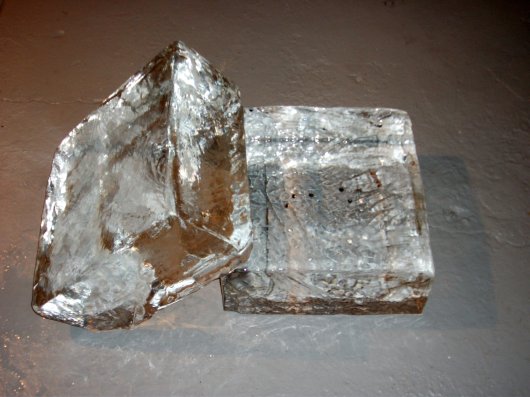 Soft Focus was a collaboration from the guys that bring you Extra Extra. Strewn about the floor of the gallery were various found objects: large blocks of ice, rainbow of art museum pins, wizard staff of Miller High Life cans, paper airplane folded from a print of Da Vinci’s The Last Supper, and on, and on. The items contain different meanings when read separately or in connection with each other. We aren’t given any information with which to connect the items beyond our own associations. Though this concept is not uncommon in art, the level playing field on which each individual item was set really added a twist. This twist really played with the audience, creating a space that was truly engaging. Viewers moved throughout the room, looking, pointing, asking questions, and discussing. 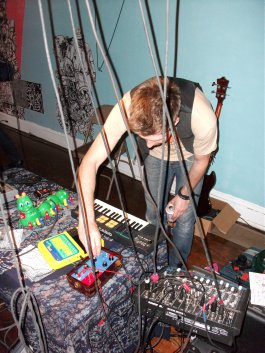 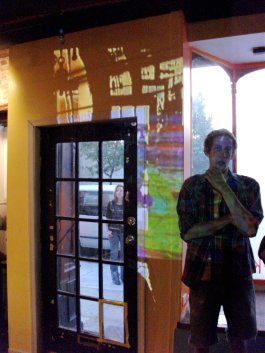 At the new Vwvoffka gallery on Frankford Ave was the opening of Soundoffka Vol. 1, a collaborative, participatory, interactive sound installation. What would be the living room of a row home was filled with raw equipment on tables. Dials, buttons, and mixing boards, were all playfully manipulated by gallery goers. I worked my way into the kitchen to find a little surprise: the movements from the first room were being projected from speakers, turning the unwitting toying into an erratic and spontaneous performance. This show was raw, exciting, and unconventional, leaving me excited to see what Vwvoffka has in store for the future. 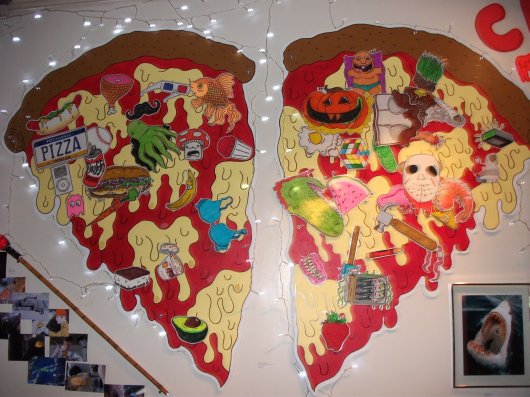 At the Rocket Cat I was punched in the face by Give Pizza Chance. Carrying the best title of the night, it featured (can you guess?) pizza themed art. When I look back at my notes, I see the only thing I wrote was “it’s like the 90’s threw up on your face”, and I stand by this, but you know, in an awesome way. The show was one big party, flashing lights, bright colors, and fun fun fun. 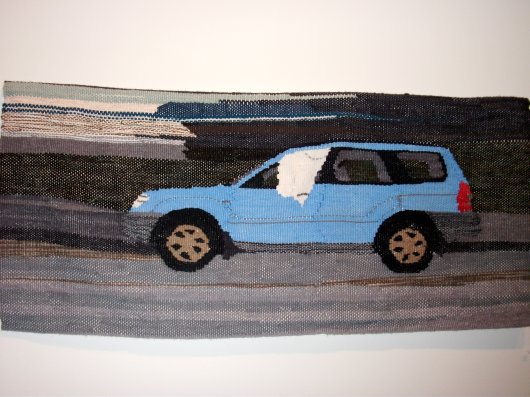 When I first moved to Philadelphia there were a lot of arts and crafty sort of shows. Erin M Riley’s How’s my Driving at Bambi, on the other hand, is all fine art and exquisite craft. The hand died, hand woven tapestries are based on photos of motor vehicles. As the Bambi website states, “Her work is the result of daddy issues and figuring out the role men play in making young women complicated,” which speaks to the contradictory nature of combining a traditionally feminine method with stereotypically masculine cars and trucks. 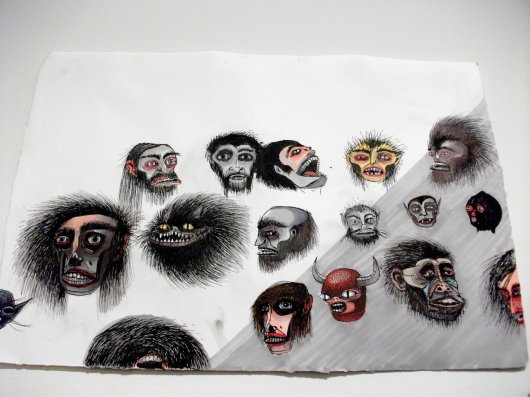 Also at Bambi, Matt Osborn’s Dead Reckoning had to be my favorite work of the night. His simple line drawings and paintings on what looked like anything and everything he could find, bring to mind Raymond Pettibond, David Lynch, comic strips, metal band fliers, and the doodles you make while you’re bored in a meeting. At first glance there seemed to be something familiar about the work, but the blending of styles and elements in his work create something entirely new and exciting. For the first time in a long time, I was actually checking the price list to see if I could afford some of the work.

I can’t wait to see what the arts boom in Fishtown will bring in the future. Keep up the good work, y’all!

I Thought Jay-Z Was “Off Timbs?”