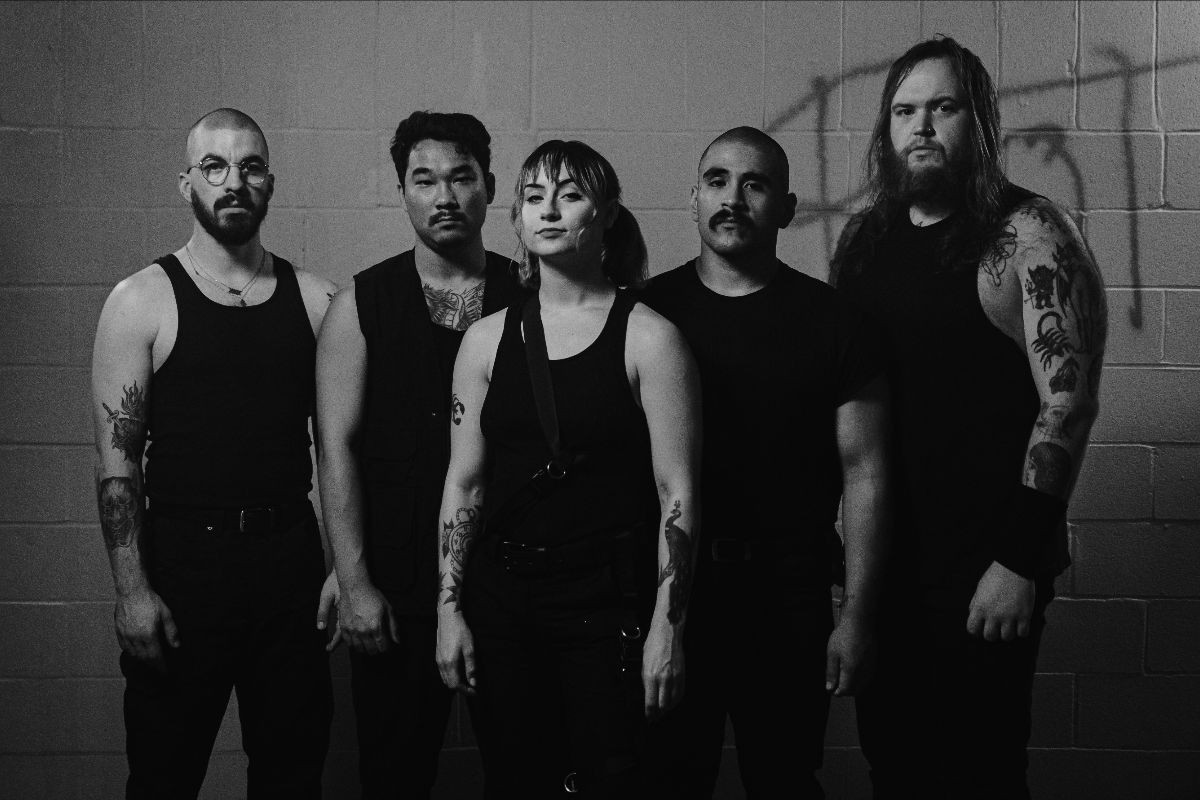 Dying Wish — a self-described, “extreme metallic hardcore band infused with a punk spirit.” – have been touring basically nonstop since the release of their debut LP, Fragments of...
by izzy December 6, 2022

Dying Wish — a self-described, “extreme metallic hardcore band infused with a punk spirit.” – have been touring basically nonstop since the release of their debut LP, Fragments of a Bitter Memory, which dropped last October on SharpTone Records.  The Portland-based group played both Underground Arts and the First Unitarian Church with The Acacia Strain, Kublai Khan, and Orthodox last December; and later returned to the Church to play alongside Loathe and Vended; in addition to touring the US and Europe (for the first time) with some ultra-heavy hitters in the world of metal and hardcore.

Last summer I got a chance to chat with Dying Wish vocalist Emma Boster about the band’s upcoming full-length and the plethora of touring they were in the middle of scheduling.  And this Monday I got a chance to catch up with Emma about how all of that’s been going.  “It’s surpassed every expectation that we’ve had…  Touring with Limp Bizkit, that was something we never expected, to be playing actual arenas on our first album cycle was pretty amazing,” says Emma, who also notes their tour of mega-venues with The Devil Wears Prada for exposing the band to a new audience.  And when I ask if she has any favorite memories of Dying Wish’s local stops, she tells me she certainly does: “Definitely playing the First Unitarian.  That building has so much history, and the hardcore scene takes a lot of pride in that, so getting to play on a carpet where so many important bands have played was really a big deal.”

While the hardcore community is perhaps best known for embracing DIY spaces (like the Church), Emma tells me that she enjoys all of the types of venues Dying Wish has been playing for different reasons: “The closer you are to the crowd, the easier it is to hype them up.  But then arenas are great because they make our sound so much bigger.  Right now we’re in Little Rock, playing a little pizza shop, like Spinelli’s, so we’re gonna be right there with the crowd.”  The band are currently on tour with old friends and regular tourmates Counterparts (along with SeeYouSpaceCowboy and Foreign Hands) and will be returning to Underground Arts next Monday, December 12th.  She promises the lineup is very much in-synch and, “one of the best tours of the year,” and warns, “It’s going to sell out, if it’s not already sold-out by the time you print this.”

In addition to the actual performing that the group gets to do, Emma tells me that getting to know their fans is equally – if not more – exciting for Dying Wish.  “I really like to get to know people.  If I interact with people enough, I’ll follow them back on social media,” she tells me, before noting a particularly dedicated fan named Ben who is traveling to three of the shows on this trek.  “Having personal experiences, knowing who fans are, we love doing that.  That’s why we’re at the merch table every night,” she explains.

Last week Dying Wish released the official music video for “Now You’ll Rot,” off of Fragments of a Bitter Memory, a track inspired by the turmoil the band experienced when the police of their hometown were weaponized against the city’s citizens in 2020: “When we wrote it, we were living in Portland in 2020, and there was an uprising, with the weaponization of the police.  The police and actual military were terrorizing us.”  Emma goes on to say that these experiences are one of the main things that inspires the band to keep creating their art and spreading their message: “We believe very strongly that we don’t think policing is the answer.  All cops are bastards.”

Next spring Dying Wish is set to return to Europe with Counterparts, Kublai Khan, and PaleFace, which will include their first trip to the UK, in addition to some of their favorite European destinations: “Prague [is] honestly my favorite city in the world, and France was one of the best spots of the last tour.”  However, with this year still winding down, I feel inclined to ask Emma about some of her favorite music of 2022.  She tells me that Color Decay – the eighth LP from touring partners The Devil Wears Prada – is certainly one of her favorite records of the year.  But she also admits that a lot of her other favorite albums come from a different side of the music world.

“I’m a huge fan of pop music, so a lot of them aren’t gonna be heavy [laughs]…  Some of us saw The 1975 in LA and that was amazing!  Being Funny in a Foreign Language, that album is just perfect, and Matty Healy is such an icon.  And then The Weeknd, Harry Styles, and the new SZA record comes out at the end of the week, so I’m gonna be really annoying about that [laughs].”