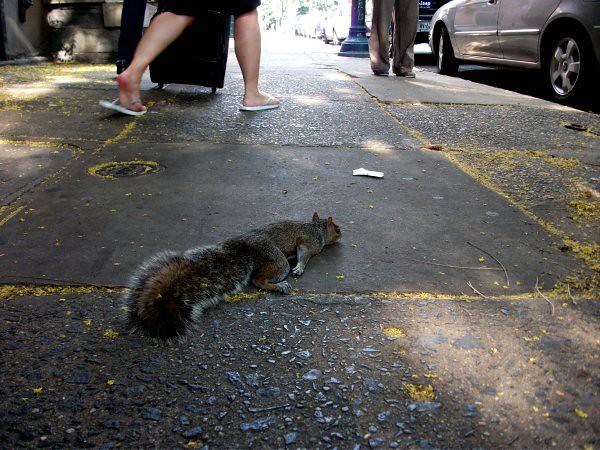 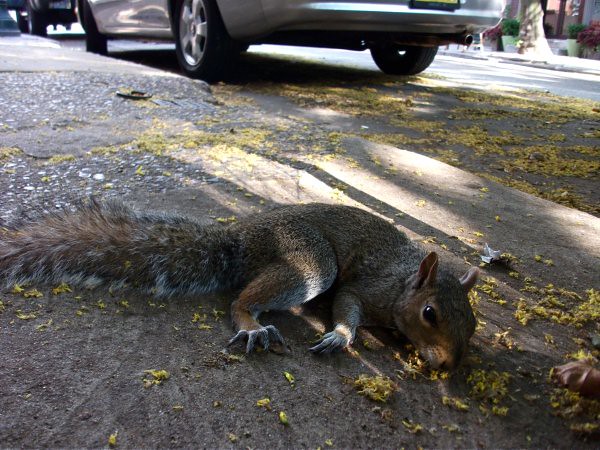 Walking home from work yesterday, a friend and I stumbled on (not literally) this sad, injured squirrel who had, somehow or another, lost the use of it’s front legs. The squirrel kind of just played dead (a game he’d soon win, sadly) as the rush hour charged side walks around him offered little comfort aside from a passing shriek from the woman in flip-flops. He pushed with his back legs as hard as he could, but was only able to move himself an inch at a time, and he needed breaks in between these thrusts in which I swear I saw a tear roll down his cheek. My friend declared that we call Animal Services as she pulled out her phone, I pulled out my camera, and the squirrel began to piss himself because we were too close. Cold comfort received us too as we learned that Animal services doesn’t, or probably more accurately, can not aid (due to its budget) in rescuing urban wildlife such as squirrels and pigeons. I thought about all the animals in the Gulf for a second, unrelated. Then we left.