Coming from an art school background (literally), I’ve always been taught to pay special attention to art that responds to (or compliments) another work of art (especially of a... 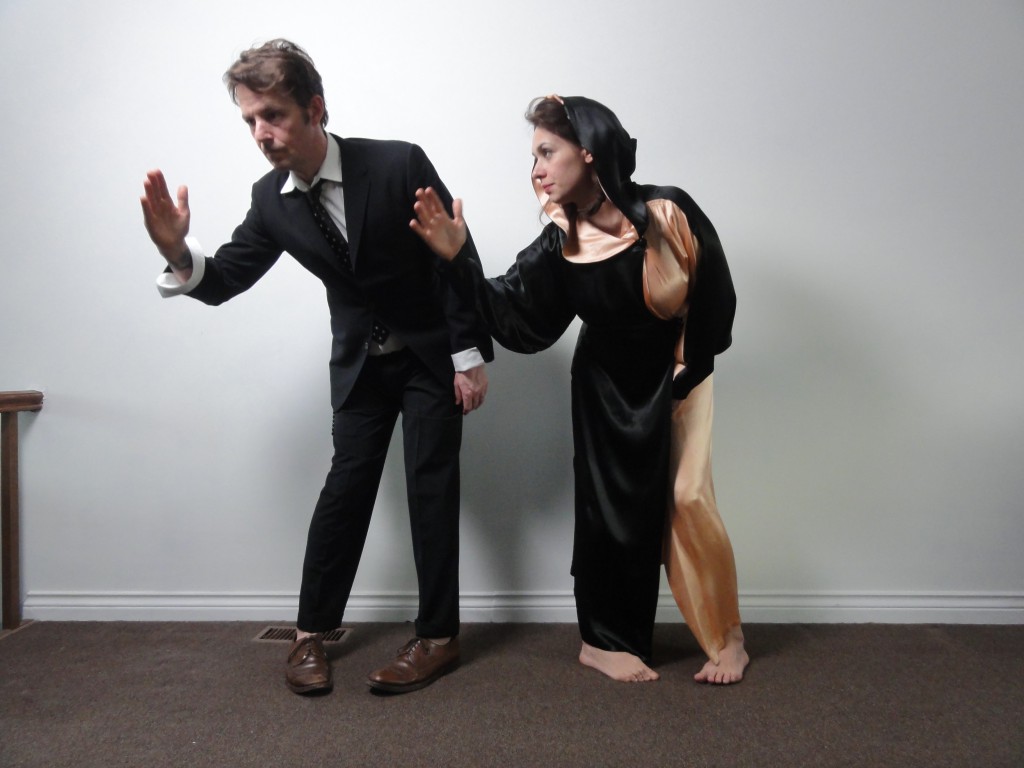 Coming from an art school background (literally), I’ve always been taught to pay special attention to art that responds to (or compliments) another work of art (especially of a different medium)… i.e. Black Francis’ odes to cinema, Godard’s critique of popular music, etc., so I find AroarA to be particularly intriguing. The Montreal band, comprised of Broken Social Scene and Apostle of Hustle’s Andrew Whiteman and Ariel Engle. This August they released their debut album, In the Pines, based on American poet Alice Notley’s book of the same name, which came out in 2007. The book of poetry revolves around the practical and existential baggage that accompanies a woman undergoing a cure for Hepatitis C and includes allusions to a number of traditional American music traditions. Notley gave the band permission to create fourteen songs to correspond to the same number of the book’s poems. The sound of the album is curiously uplifting Americana, which could most easily be qualified as folk, but it is also profoundly soulful and even quite funky in and organic and minimalistic manner. The band toured the US this summer and I recently got a chance to chat with Andrew Whiteman about Alice Notley, Philadelphia, and just what the future holds for AroarA… who recently welcomed a child into their lives.

Izzy Cihak: Your debut LP was inspired by the poetry of Alice Notley. What was it about her work specifically that you found to be so inspiring and profound?
Andrew Whiteman: Alice cuts thru. She’s a true poet – not a word is used without it contributing to the entire picture. There’s nothing vague or waffling about her choices of diction. She sees unflinchingly. Plus she has a very sardonic sense of humour, which attracts me like nothing else. Her work “In The Pines” is a piece of visionary narrative, littered with fragments of old American folk songs and dustbowl images. It told me what to do with it.

Izzy: So AroarA is still a relatively new project. What have been the highlights of the band, so far?
Andrew: Being recognized by the Polaris award in Canada — we were long listed — felt good. It’s nice to be a “contenda.” Not like we were gonna knock out the Arcane Fyre but really, why the fuck not? In truth, playing for Alice herself in Paris was very intense as was our gig at the Mecca of our poetry — the poetry project at St. Stephans in New York City. Those are career highlights for me.

Izzy: Have you had any particular favorite reactions to your album?
Andrew: Alice supports us. That’s dope in itself. We are communicating.

Izzy: How would you characterize your process of writing and recording together?
Andrew: We find making up music relatively easy. That’s why I have so many side projects. Making music now is so open and freeing and limitless, it can get a bit haywire when you’re trying to decide what Not to do. So when writing an AroarA song, we follow Scott Walker’s method and start with the lyric first.

Izzy: You’re based out of Montreal. How would you characterize the music and arts scene there in 2014? Any particular favorite local peers?
Andrew: To be honest, I don’t know. On top of the fact that I’m mostly a shut in, Ariel and I just had kid, so it’s pretty hermetic over here. Still, I love Cafe Resonance — it has jazz every night and vegan meals. Plus some folks from the Constellation Records crew are re-doing a space up on Jean-Talon. It was a music venue with zero vibe so I think these guys are the ones to turn that place around.

Izzy: Is there anything else that the two of you find to be particularly inspiring, whether a certain genre of music, a certain artistic movement, or just a particular aspect of life?
Andrew: We’re a lot snobby about things like design and clothing and food. i.e. can’t stand foodies. So boring. As Jello Biafra said, “Take a holiday in Cambodia.” Sorry, that was the opposite of inspiring – “de-spiring”? At this point in our trip, we love silence and sleep just about the best.

Izzy: What does the future hold for the band? Do you plan to record and release new music? Any chance of some more touring in the near future? What can be expected of the live experience?
Andrew: Yes, new material being recorded with a new set of constraints and this time loads of bass and real drums too. Lots of Ariel singing. Twin guitars and mebbe some skipping rope beats. For sure skipping beats. Prob not too much touring for a while until our kid is older. But Philly is close-ish and I think we oughtta do some Vermont /NYC/ Philly long weekends. When we play live, it’s a very stripped down loud and raw experience. For everybody. If they want it.

Izzy: Finally, since this is a Philadelphia-based publication, I have to ask if you have any particular thoughts on the city, as you’ve played here a number of times. Any favorite memories?
Andrew: I’ve played Philly numerous times in BSS and Apostle of Hustle, but only once as AroarA. I have to say it was my favourite. As a reader of modern American poetry, the work that Al Filreis and the whole Penn Sound crew is invaluable. So one of the first things I did was book a show at the Kelly Writers House at UPenn. It’s where Filreis hosts his incredible MOCA on American Poetics – I think over 40,000 participate each fall. So we got to play in the same room where I’ve watched videos of many favourite poets read and perform their work. It was a thrill to play “In The Pines” to a room of poets… Al is an incredible force of poetry and community….plus special shout out to a philly poet CA Conrad – you’re lucky to have him.