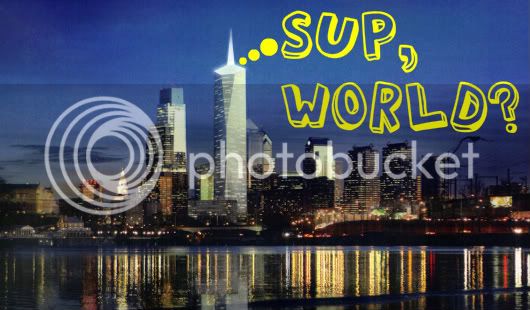 Holy crap u all…

“After a feasibility study involving cost effectiveness and security, Hill International Real Estate Partners (HIREP) has commissioned building architect Kohn Pederson Fox to design an observation deck on the uppermost floor of the 63 story building. In an unconventional break from standard geometric observation decks (think Empire State and 30 Rock, Sears and Hancock), ACC’s viewing platform will conform to its irregular shape. The ceiling will follow the lines of the windows, from 45′ on the chamfered corner (on the 19th & Arch side) to a whopping 160′ on the spired corner.” [Click here to read the rest of the article]

This is the most boner news all week! Especially considering that in this economic climate u would expect the developers of the AAC tower to begin cutting costs. The addition of this observation deck reinforces the seriousness of the developers in get this tower built.

The only thing standing in the way now is a major tenant. Construction could begin as early as spring 2009.